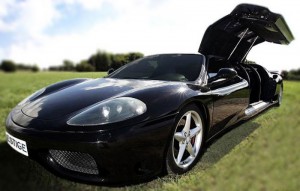 A standard stretch limousine used to be the in thing for those attending the local junior or senior prom but these days it is all about outdoing the kid next door and not only are the students in on the act but many parents wouldn’t allow the neighbors kids to one up them for prom.  It may sound silly but prom has become more of a competition amongst parents then teens in many communities.

Since renting a stretch limousine with friends is a less expensive way to go, and with so many teens in the community renting this type of vehicle some feel that renting a stretch limousine simply won’t attract them the attention that they are in need of on prom day.  They are instead turning to more high end vehicles such as Rolls Royce limousines and Hummer Stretches to ensure that they and their date stand out.

By choosing a smaller vehicle they are causing the cost to go up with less people to split the cost with.  Most parents in these higher end communities don’t care though as for them it is all about seeing the neighbors faces when that one of a kind vehicle pulls up in front of their door on Prom Night to pick up their teens for this special event.  Some will even begin talking about it weeks in advance while others will remain silent, hoping for the shock value reaction to occur and will hope to hear the buzz during the coming weeks in their community.

It seems a little silly that parents, especially in the current economy are looking to spend more money just to show off and impress the neighbors.  For those of us who are not like this it seems a bit bizarre but for many adults, living vicariously through their children is the only thing that they have left and giving their kids more than they need just to be the talk of the town is a last ditch effort at being part of the in crowd.

Renting a limousine for prom however, is really a good idea.  It can be very cost effective when split up amongst a group of friends and can help to give parents and teens a sense of security.  This way if the partying gets out of hand they will know that they have a safe and secure ride home at the end of the night no matter how it goes.

This entry was posted in Special Occassions and tagged limo rental, prom, shopping. Bookmark the permalink.